A Senator In NY Posted These Billboards All Over Brooklyn. Do You Agree With The Message? 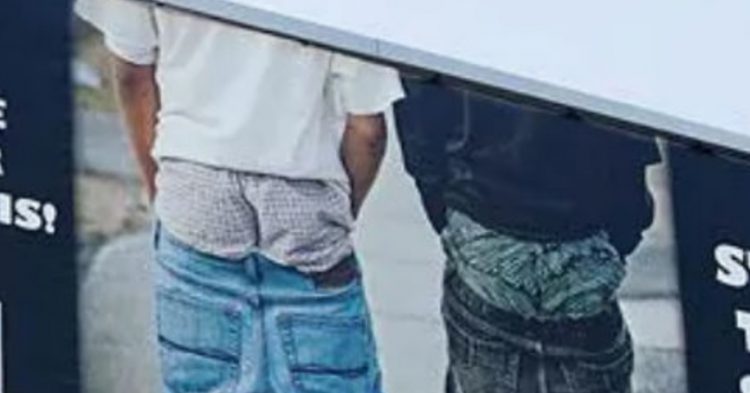 While every generation has a different clothing style, the youths of today have gotten hooked on one of the strangest trends yet. Young men go around with baggy pants that are falling off their hips. They purposely “sag” their pants to look cool among their peers even though it affects how they walk and has even been shown to promote chronic pain and walking problems.

Now Democratic State Senator Eric Adams is fighting back against sagging pants. He has posted billboards across Brooklyn, New York that target pants-sagging and encourage young men to fix their look.

State Sen. Adams wants the young men of Brooklyn to be afforded the same opportunities as other people. But when they show up to job interviews or school with their pants falling off their hips, people look down on them and do not give them the respect they deserve. If they simply fixed their look and pulled up their pants, they would be gain access to more opportunities.

Adams’s billboards show two young men sagging their pants. The image is captioned with: “Raise your pants, raise your image.”

Adams wants his community to do better and be better. That is why is he leading the fight against pants sagging in New York. 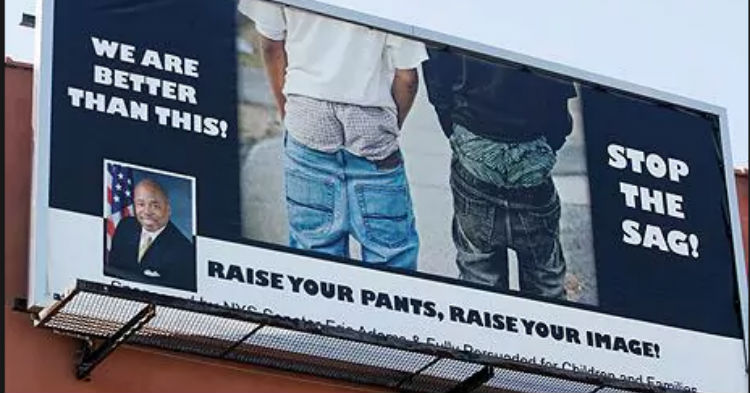 “It’s part of a larger campaign … to tell our young people and our community as a whole, we are better than this,” Adams told CNN. The sagging trend originated from prison culture.

“I policed all over the city. … The first indicator of whether a young person was in trouble was the way they dressed.”

Adams is not going to stop his campaign with the billboards. He plans to reach out to school boards and encourage schools to amend dress codes to prohibit pants sagging which shows young men’s underpants and rear ends.

Adams is hardly the first person to fight back against sagging pants. But his effort is doing great work in New York where it will reach millions of people.

A high school in Hampton, Virginia launched an anti-sagging campaign, with a tagline: “Your swag is as low as your sag.”

“With the job market now, you’ve got to be really competitive,” Parker told CNN. “If there’s one guy looking nice and one guy sagging his pants, they’re going to hire the guy looking nice.”

“It’s cross-cultural, it’s cross-generational and it affects all students alike … we have taken an approach of creating dialogue to stimulate conversation and awareness around some of the negative connotations of sagging,” he told CNN.

Although these anti-sagging campaigns are happening all over the country, many students still want to sag their pants. And they do it as a way to be rebellious to authority.

For example, 17-year-old Minnesota high school student Casey Peterson said, “I think schools should let kids wear what they want. They should have a right to express themselves.”

Please EXPRESS YOUR VIEWS ABOUT SAGGING in the comments below!