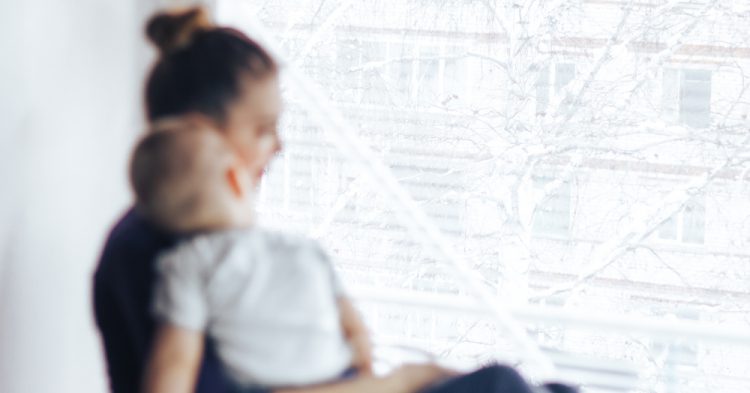 After giving birth to a baby in October, one mom has struggled to lose weight. Since she has been dealing with symptoms of postpartum depression, the 32-year-old mother has found it very difficult to find the motivation to get out of bed and hit the gym or work out at all. And her husband is not happy that she continues to hold onto the “unwanted” baby weight.

When the woman opened up to her husband about her struggles, he told her that he would help her out by motivating her like a coach. However, he began calling her “Miss Piggy” because he wanted the cruel name to inspire her to hit the gym and earn back her pre-baby body. But the name was far crueler than mom had expected, so she got in a fight with her husband in front of their children and made the little ones cry. The children are ages six and four.

After the fight, mom turned to Reddit to ask the internet if she was the a**hole for her role in the fight. Her husband blamed her for making the children cry and was not willing to take responsibility for his role incident.

“I (32F) gave birth back in October. Since then, it’s been extremely difficult for me to lose the baby weight… mainly due to my postpartum depression. I get next to no sleep attending to my children, and most mornings, I can barely get out of bed, much less drive to the gym. It’s been a dark few months for me. I’ve told these things to my partner ‘Dave’ (43 M), and though he said he understood, I don’t think he really does. Though never explicitly stating it, he makes jokes and comments that imply I’m lazy and that he’s no longer attracted to me.

“Last week, I broke down to him about not being able to lose the weight, and he said that he would push me to do so because he loves me. Since then, he’s taken a ‘Biggest Loser’ approach and started calling me ‘Ms. Piggy’ and has instructed all of my friends and family, even my kids, to do so. I hate this nickname, but he says it’s supposed to motivate me to lose weight. I think he really believes it’s going to help me, but I feel really undermined while parenting because of this nickname.

“The other night, my family was eating, and my children started oinking at me, and out of frustration, I started yelling at my husband. We have a rule not to yell in front of the kids, but we’re almost always in front of the kids during quarantine, and I feel so dismissed. The kids started crying, and Dave says I’m to blame.”

Redditors agreed that mom was not to blame.

“Teaching your children to humiliate you into losing weight is so beyond (messed) up,” wrote one commenter.

Another added, “It’s clear now why you’re depressed. It’s because you’re married to a huge AH. How dare he. Please stand up to him and let him know this abuse stops now. What an AH. You’re not (the a**hole).”