He Had His Name On His License Plate For 25 Years Without Issue. Complainers Say It’s Offensive. 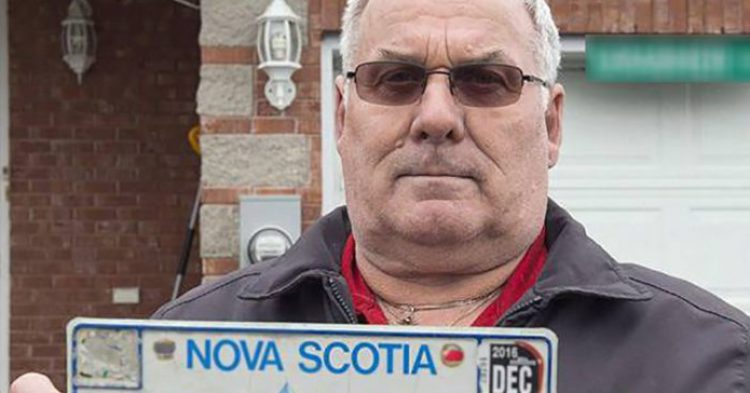 Do you have a vanity license plate? I’ve never gotten one, but I’ve always thought about it. If I ever did spring and get one for my car, which is not much to look at, by the way, I’d probably try to get something that helped my writing career or spread awareness about my work. If not that, then I’d want to do something fun that would put a smile on someone’s face.

One Canadian man simply wanted his last name on his license plate. He paid for it and got the plate and put it on his car. But not long after that, officials from Nova Scotia, where he lived, called him and told her that he was required to remove his license plate. The reason for their change of heart? They now found his name to be offensive.

Political correctness continues to plague people across North America. And while getting a license plate that truly is offensive or has a racially unacceptable slur in it should be deterred, do you think this Canadian man should have been allowed to keep his license plate because it was his name.

For 25 years, he was driving around with the vanity plate. But when the PC police got their talons in the Nova Scotia Registry of Motor Vehicles, the man got a threatening note (threatening for Canada at least) demanding that he change his plate.

They told him that people “can misinterpret it as a socially unacceptable slogan.”

So what is this man’s name? Lorne Grabher. 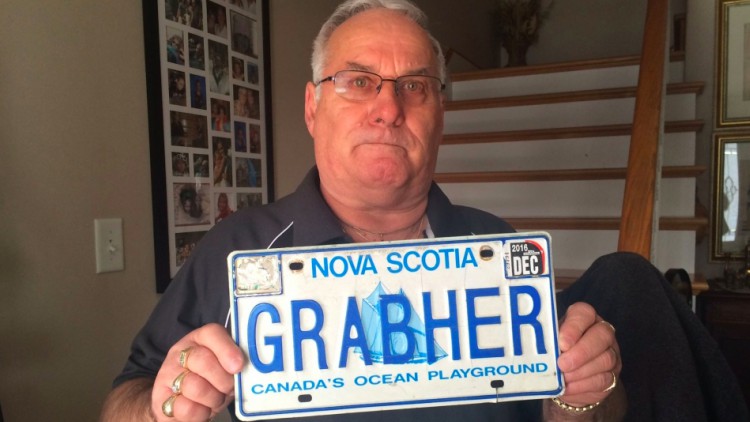 “A complaint was received outlining how some individuals interpret [the name] as misogynistic and promoting violence against women,” an email that was sent to CBC News by a spokesman from the Department of Transportation (DOT) stated.

But Grabher refuses to bend for the PC police. He said the license plate was a gift from his father. And he wants to proudly display his name while driving.

But Canada wants him to stop.

“With no way to denote that it is a family name on the plate, the department determined it was in the public’s best interest to remove it from circulation,” the statement from the DOT stated.

Grabher is prepared to fight tooth and nail to keep the plate.

“If I back down then they can do this to anybody. I guess a last name doesn’t mean anything to them,” he said.

His lawyer said, “We aren’t going to be suing for damages or monetary compensation. We just want a reversal of the government’s unjust decision.”

Nova Scotia’s RMV has a strict policy about its license plates. Their website states that car owners must use plates with “Words or symbols socially unacceptable, offensive, not in good taste, or implying an official authority.”

But since this plate is Grabher’s last name, an exception could be the right call.

Until he received this challenge to his plate, Grabher has dutifully paid the annual fees required of him to maintain his vanity plate. Should he be allowed to keep it?