I’ll Never Stay In Another Airbnb Again After Watching His Creepy Video. 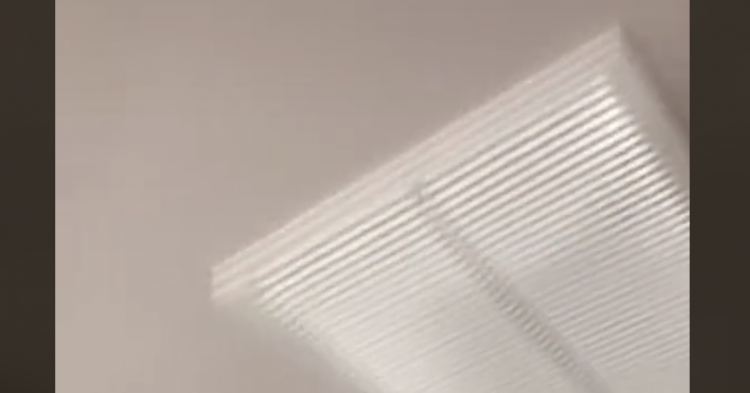 A man recently stayed at an Airbnb rental that he found online. Because he likes to know the places where he sleeps, he gave himself a tour of the property. During this tour, he noticed something that left him with a pit in his stomach. Instead of keeping the information to himself, the traveler decided to record a video for his fans on TikTok that has left thousands of people terrified and fearful of ever booking a place on Airbnb ever again.

The TikTok user Hesobadass felt weird immediately upon arrival at the Airbnb rental. The first red flag was that the landlord “thought (he) was going to be female.” Normally, this would not matter much – except then the TikTok user saw something suspicious inside the property that rang all of the alarm bells inside his head.

“They were really shocked I was a male,” he wrote. Moments later, he would realize that their reaction to his gender was only the beginning of the weird things that he’d experience inside this vacation rental.

“When I was [asleep] in the middle of the night, I kept hearing a noise from [the air vent] and felt like I was being watched,” he added. “Then I looked [and saw] this the next morning.”

That’s when the TikTok user takes action. He takes out his camera and zooms in toward the air vent. As soon as the camera focuses on it, it becomes clear that there is a dark, hidden room just beyond the air vent. It could easily hold someone trying to spy on a person renting the Airbnb.

The TikTok user did not specify the exact location of the rental property in question, but he did include a hashtag for Richmond, Virginia. He captioned the scary video, “Y’all be careful out here.”

He added some more info about the rental: “I had the whole apartment. The way it was set up, you [would] never know a room was behind that air vent until you looked through it.”

Fellow TikTok users were just as scared as the man who recorded and uploaded the video. People were stunned that there was a hidden room within easy access to the rental unit. The video has been viewed more than 1.6 million times since it was uploaded.

Fortunately, the TikTok user did not seem to notice any evidence that he was being watched. However, the footage was so creepy that he had to share it. Plus, it can serve as a starting point for a conversation around safety and looking out for predators while traveling. There is no evidence that the TikTok user was being recorded while at the rental, but he still felt that the video was important enough to share.

Thousands of people commented on the video. Most people agreed – this is too creepy for primetime. Hundreds of thousands of viewers have liked the video, while more than four thousand have contributed comments.

What do you think about this footage? Do you think the host was watching through the air vent?