Mom Gets Attacked After Admitting She Hates Playing With Her Daughter 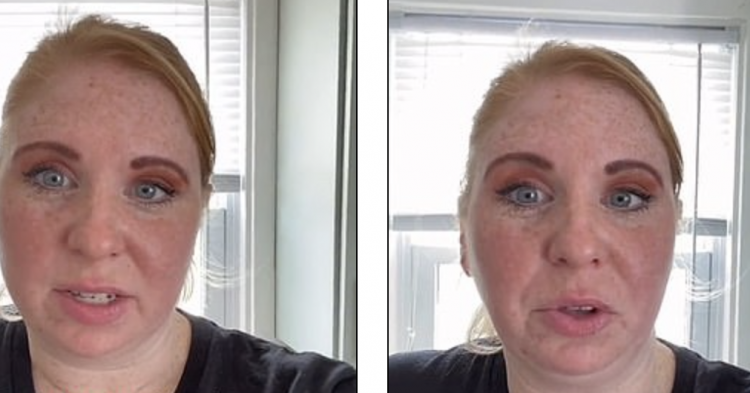 Lynn Spinks, 36, is an American mother of one. However, the busy mother recently turned the camera upon herself to film a TikTok video where she confesses that she hates playing with her daughter. In the controversial video, Spinks admits that she hates playing pretend with her little girl and also hates playing with the girl’s doll collection and other toys. However, the clip has deeply divided views – some who feel that mom is entitled to hate parenting while others believe that she should put her personal feelings aside to help her daughter, Caroline, become a healthy and happy adult.

At the end of the controversial video, Lynn Spinks confesses that she does enjoy seeing a smile on her little girl’s face and that the time together did make her think, “I could definitely do that again.” 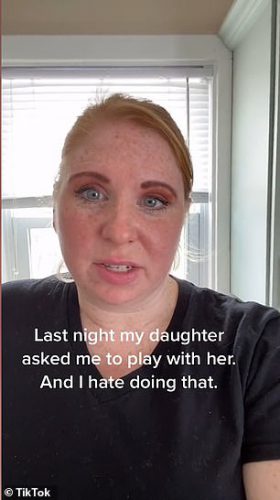 The video was captioned with “Parenting is hard, even when it’s easy. The little things really are the big things. Who knew?!”

The video includes Spinks’s explanation about how her daughter, who is an only child, expects mom to play dolls with her. However, mom “hates” playing with her daughter.

“Last night, my daughter asked me to play with her, and I hate doing that,” she said. “I’ll go for a walk, I’ll take you somewhere, but I don’t want to play with your Barbies.” 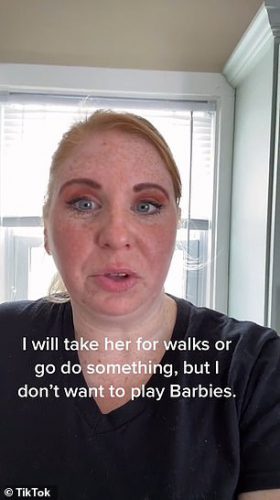 Spinks confessed that she “felt bad” that she hates playing with her daughter, who is an only child, but agreed to do it anyway for “like ten minutes” just so the girl wouldn’t be able to complain that she didn’t do it.

The mom recalled: “This morning she got up and got ready for school, super good mood, and then she said will you play Barbies with me and I was thinking no… Then she said, ‘I had so much fun when you played Barbies with me yesterday,’ and it about broke my heart because if my half-hearted attempt to placate her meant that much, I could definitely do that again.”

Nevertheless, many people showered Spinks with criticism after her TikTok video went viral. As a result, Spinks spoke to FEMAIL about her role as a parent and explained her view. 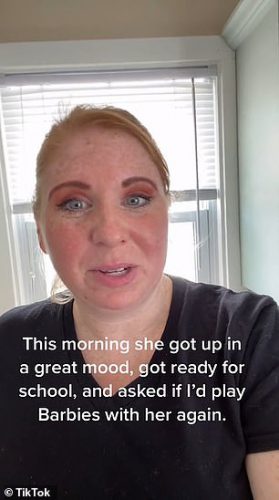 “I am absolutely shocked at the response it has gotten. I feel like a lot of people didn’t watch it all the way through and think I am this neglectful mom, but the truth is that I learned how important this aspect of parenting is.”

TikTok users were confused by the mother’s confession. Some wondered why she “even bothered having a kid” if she didn’t want to raise the girl.

Another TikTok user wrote, “I am not a parent, so I apologize for my ignorance, but why would you have a child if you didn’t want to be there for them? To play with them.” 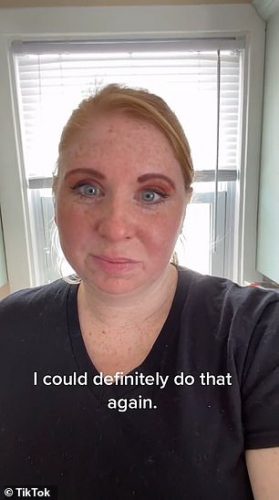 A third person added, “Imagine having a child and having to spend time with them.”

After the negative reaction, mom said, “Even though it’s not one of my strengths, I recognize it’s important, and I hope other parents do too. There was, of course, another group of wildly supportive parents, and they have meant so much to me – especially after reading all of the negative comments.”

Parenting is hard, even when it’s easy. The little things really are the big things. Who knew?! #momsoftiktok #parenting #10minutes