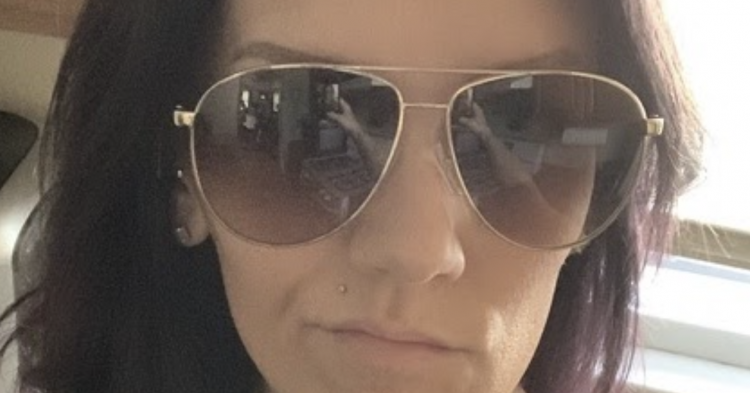 Mom felt cool in her sunglasses when she decided to snap a quick selfie. With her arm extended, mom aimed the camera toward herself as she stood with a hardened smile on her lips. Mom snapped the selfie and then took a look at it. However, she soon noticed something sinister lurking in the reflection of her sunglasses – and took to social media to get other people’s opinion on the “entities” that seemed to be haunting her home.

She captioned a close-up of the selfie: “What’s the scariest thing you’ve found in a photo after taking it? This was just taken over the summer. I had ordered some new sunglasses and needed an opinion before I committed to a pair. I don’t mind the RBF [resting b**** face]. I just really hate taking pics, lol. So I sent the pic to my bf, and while I was waiting for a response, I started to study how the glasses looked on me. It didn’t take long before I noticed something in the reflection that didn’t belong there [sic].” 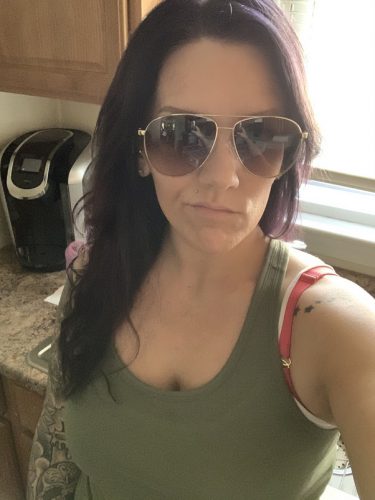 Her shocking post continued: “I have three kids – 18, 14, and two. None were home on this day. I was alone. I’m standing in my kitchen, facing the dining room. Directly through the doorway are my black dining room table and four chairs. That’s what you should be seeing in the reflection on my glasses. But that’s not what I see.”

Mom then describes what she sees in the reflection of her sunglasses. 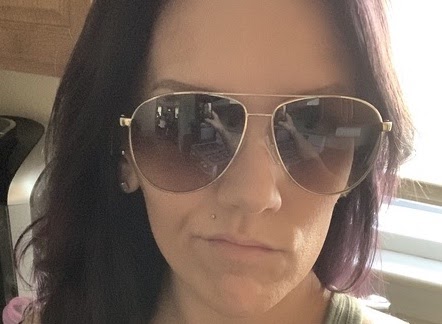 “I see two figures, a young boy standing on the left and a taller (kind of unsettling) figure on the right, side by side. Now I should mention that I believe in and am totally open to spirits/ghosts/entities and all that goes along with them,” she wrote. “I’ve been told by more than one spiritual/psychic medium that I have a young boy spirit attached to me and that there is also dark energy attached to me as well. I’ve tried to blame the houses I was living in, but that dark energy and all its shadows and nightmares have followed me, so apparently, it is attached to me, not the houses. Anyway, I’m not sure if that’s what’s being reflected in the glasses but seeing whatever it is as clear as I do sure scared the s*** out of me.”

Many terrified people agreed that mom’s sunglasses reflected something sinister. Someone even urged mom to chase the haunting “entities” out of her home. 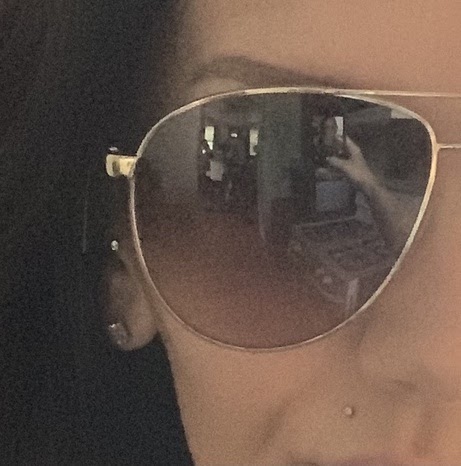 One comment read: “You definitely have a dark entity there. No doubt. You can see the eyes, and it has ears that are kind of pointy. I can’t tell, but if you zoom in on the kid, it looks like there is an arm coming down to him on the left. Could be three entities there. The dark one you really need to worry about.”

Another one advised mom to chill out, writing: “Please don’t listen to ‘psychic mediums’ or be ‘open to ghosts.’ It is the 21st century. If they were legit, these mediums would be publishing in scientific journals. You are likely more likely to spot an alien than you are to spot a ghost.”

Nevertheless, many people were scared, “WTF! That scared the c*** out of me, and I’m just looking at the picture. I literally jumped back when I saw that… so scary.”

But skeptics abounded, “People see what they want to see. I can’t see what you see. It’s just reflections/light effects. Sometimes the simplest explanations are the best!”