Now That I Know “The Bowl Method” For Cutting A Cake, I’ll Never Do It The Old Way Again. 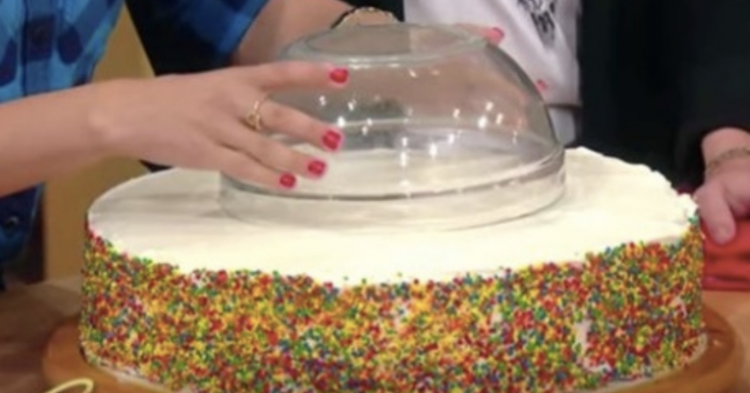 My wife is an excellent cake baker. But she hates cutting cakes. After singing “Happy Birthday” at the birthday party, the person who baked the cake is often expected to be the one who cuts it into slices. This job comes with a lot of built-in pressure because it is up to the person who cuts the cake to portion it correctly and to make sure everyone gets an equal-sized piece.

Slicing a circle cake can be especially hard. Because cakes that have rectangular shapes can be cut along a grid, they’re easy to manage. You just have to cut them along straight lines, and you’ll have evenly-cut pieces every single time. Circle cakes are an entirely different matter. You always end up with some pieces larger than others and one person getting a chunk about half the size of the entire cake. 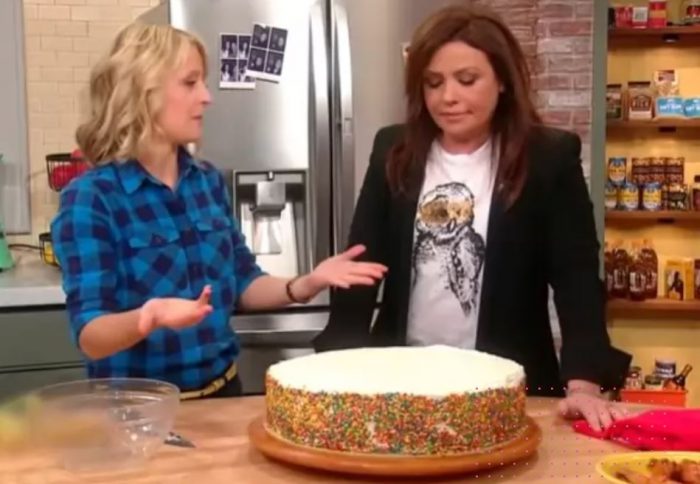 Rachel Ray hoped to solve this problem once and for all. During one of her segments a few years ago, she invited a cake expert on the program to introduce a life hack that changes the way people cut birthday cake forever.

“You’ve made this beautiful cake for a birthday party. And now it’s so much pressure to create beautiful even slices and to make sure that the first person doesn’t get a teeny slice and the last person gets a big slice,” Rachel Ray’s guest said. 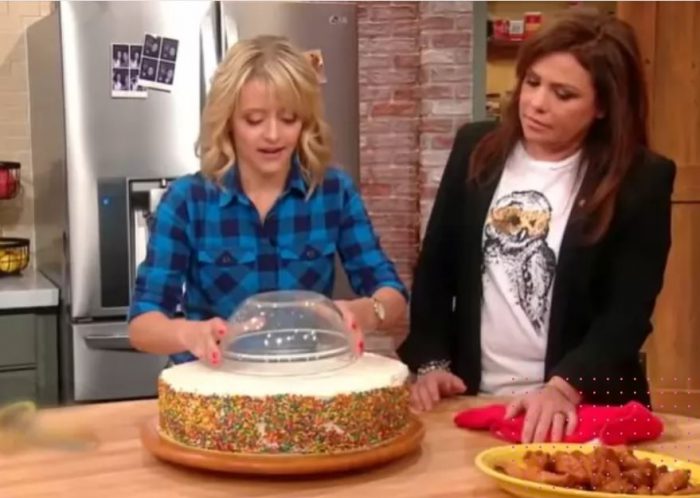 So what’s the trick? It involves a bowl. Just place a bowl that is smaller than the large cake at the center. You can use this to make a circular indent into the frosting. Then, grab a big knife and cut a circle along the center.

“What this does is it almost creates a separate cake,” her guest said.

Since this trick creates two cakes out of one, you can work to cut the outside portion, which makes the whole process much easier. 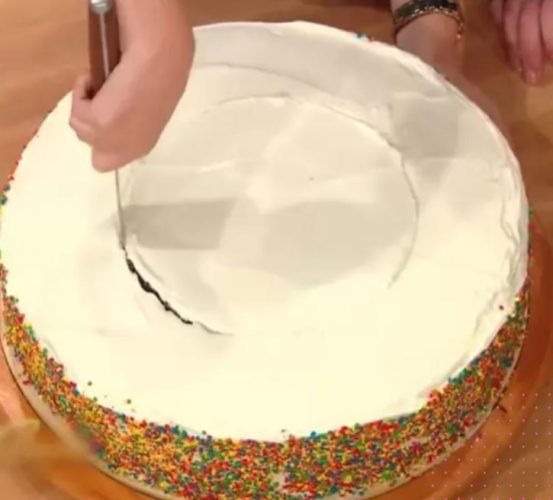 “And now, I can get very even slices. This way, it’s so much easier than going into the center of the cake. And if you don’t end up needing the whole cake, you still have a beautiful [centerpiece],” the guest shared.

There’s a reason this pre-TikTok kitchen hack went viral back in 2017. With more than 2.4 million views on the Rachel Ray official YouTube channel, people were interested and found it useful.

Some people were familiar with the trick and swore by it. They wrote the following comments on the YouTube page. 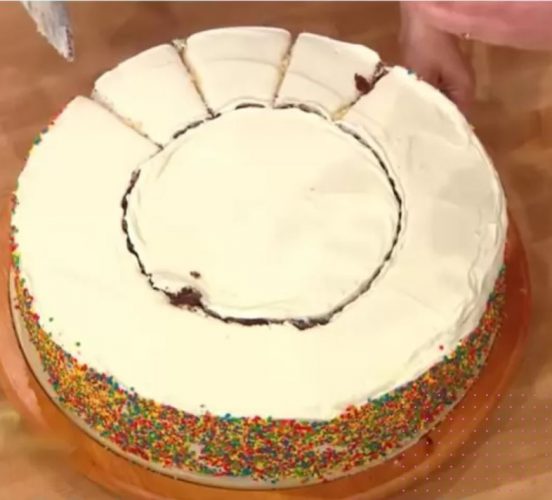 “So funny, that is exactly how I was taught to cut a cake, my friends think I’m weird, but it really works lol,” one person wrote.

“Rachel did an awesome job. That girl acted like she created something, and Rachel said it, wedding cake. That idea has been around for YEARSSSSS.”

“I think the lady should have stated for herself that this is a common practice in the catering industry.

It was almost as if she was claiming the idea as her own.  Rachael probably should have been more polite, but I am glad that she pointed out that this wasn’t a brand new technique or something.”

“My grandma cut the cake like that, but she does it so she can save the center for her,” another Rachel Ray fan wrote.