“Old” Dog Gets Abandoned By His Family, Left To Fend For Itself On The Streets 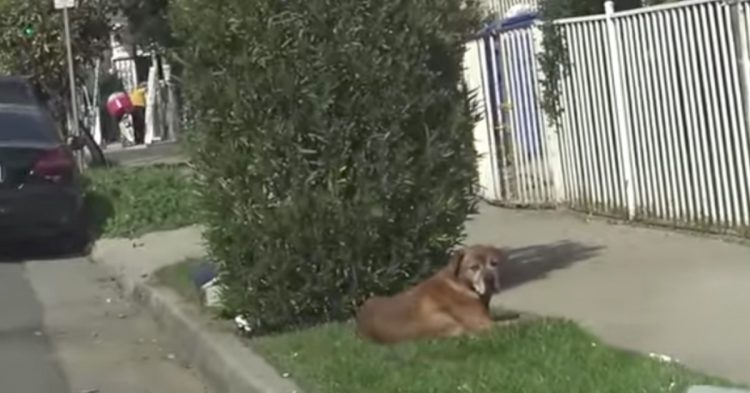 Suddenly residents of a California neighborhood started seeing an old dog living on the streets. The pooch had apparently been abandoned by its family. Neighbors even recognized the pooch as it had once been living at a nearby residence before the dog was kicked out of the home and left to fend for itself on the streets. The dog, named Pumba, was often spotted trying to survive on the streets, looking for food and water, and struggling to get by with the help of strangers’ kindness.

Pumba is an old dog. The story goes that he was abandoned in his old age after his previous owners moved to a new neighborhood. Instead of taking the dog with them, they chose to abandon Pumba on the street and let him fend for himself until fate – or a kind person – gave him the help he needed to survive his senior years. 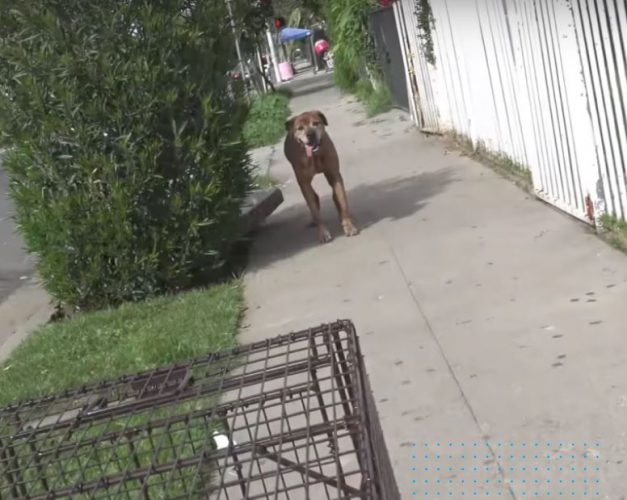 Neighbors recognized Pumba and watched as he walked about the neighborhood, waiting for his previous owners to return. However, the people who observed Pumba knew the truth – the owners would never return. They had seen Pumba as a burden and had decided not to take him to their new home after moving. Instead, they left Pumba where he was and condemned him to a life on the streets.

After a year of barely surviving as a street dog, neighbors finally took pity upon Pumba. They took turns amongst themselves and made sure Pumba had food and water. Their generosity helped the dog survive the first year of his abandonment. Then, someone took it upon themselves to get Pumba the help he really deserved, so they called the nonprofit organization Hope for Paws.

As soon as Hope for Paws received the call about Pumba, they rushed over to his neighborhood to find him. Two volunteers, JoAnn Wiltz and Lisa Arturo drove out to him and found him sunning himself in a grassy spot near his former home.

Although Arturo and Wiltz parked a short distance from Pumba, he noticed them leaving the car and decided to cross the street and approach the animal rescuers. Perhaps, he could sense that they had arrived to help him. 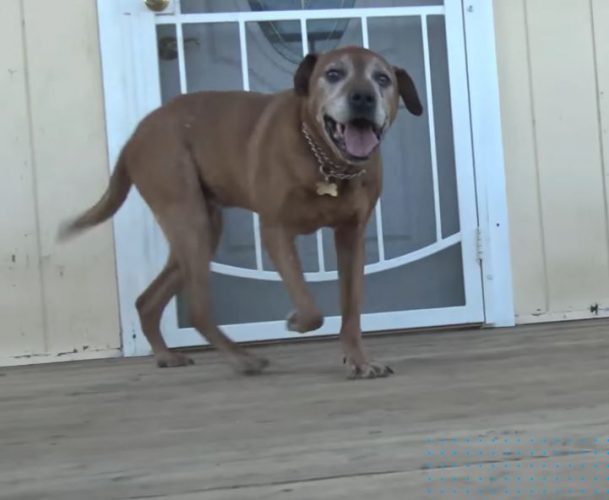 At first, Pumba is very cautious. He acts very carefully around strangers. But they are skilled and soon earn Pumba’s respect.

After eventually earning the dog’s trust, Lisa brings him into the vehicle and puts him in the backseat. The pair of rescuers then drove Pumba to a nearby vet clinic for a checkup. They wanted to make sure he received the medical treatment he needed before being put up for adoption or living with a foster family.

His visit to the vet did not have any complications, and he was placed with a foster family rather quickly. Fortunately, the foster family reported that Pumba was the ideal dog to foster. Despite being old, he was friendly and was happy to be with other foster dogs in the household.

In the video below, you can watch the Hope For Paws rescue.

What do you think about this old dog abandoned on the streets?