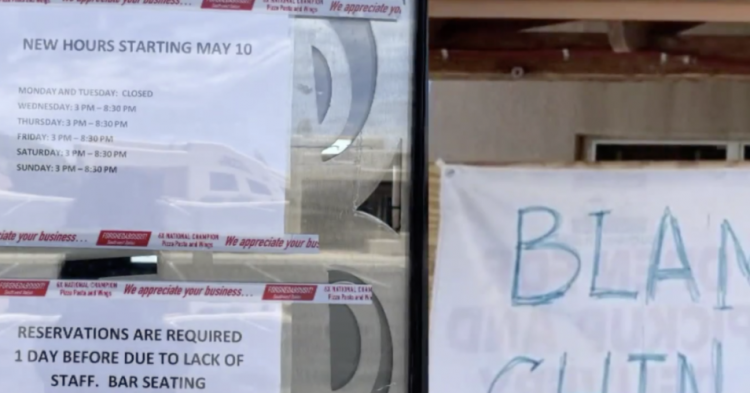 The owner of the southern New Mexico restaurant, Forghedaboutit Southwest Italian, has decided to get political. When owner Kimberly Yacone wanted to send a message to her customers and others in her community, she wrote a large sign that she posted on the front of her Italian restaurant. The sign, which boasted massive capital letters that read, “BLAME CHINA!” sparked so much controversy in the local community that Yacone was forced to shut down her restaurant temporarily because of the public outcry.

“We are not racist. We are not bigots,” claimed the business owner (below). “This thing came from China. It’s a known fact.” 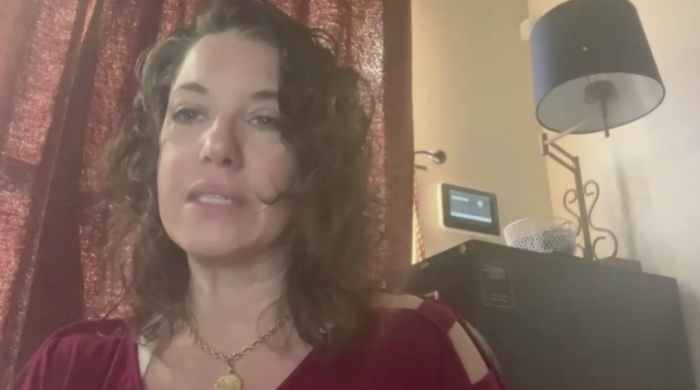 The pandemic was hard on Forghedaboutit Southwest Italian. Not only did Yacone need to shut her doors like all other restaurants in the area because of the coronavirus outbreak last year, but she has also struggled to keep her employees employed like other small businesses. Restaurants were hit very hard during the economic collapse under President Trump and had been struggling ever since to get back to their baseline.

“When people are making more on unemployment than they are going back to work, it’s hard to find help,” Yacone complained. She identified an entire country as the source of her problem and thought she should let her customers know that she was pointing the finger at China – which was where the coronavirus outbreak originally started in late 2019.

Yacone and her husband, Robert, believed that the Chinese government should be blamed for their hardships in New Mexico. And because the coronavirus pandemic has forced them to shut their doors for so long, they decided to post a sign on their door that let all customers know their feelings.

“When we say blame China, yeah! That’s where it came from,” she said. “We’re not blaming Chinese American people.” 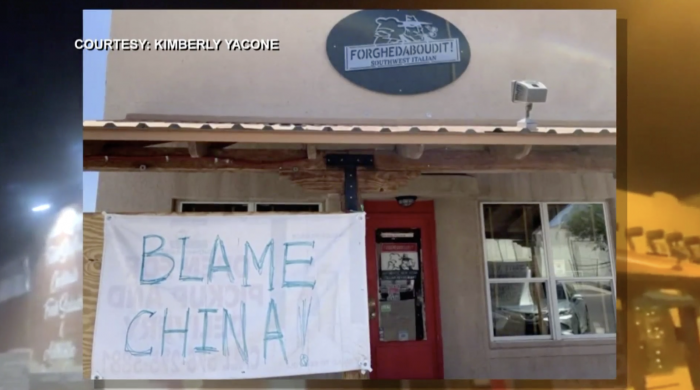 Yacone has posted a number of signs on the front door of her Italian restaurant. In addition to the sign that boldly suggests that her customers “BLAME CHINA!” she also posted signage about the restaurant’s lack of staff. She wrote, “Reservations are required one day before due to lack of staff.” However, she also notifies customers that “bar seating available upon availability.”

Members of her New Mexico community were outraged by the “BLAME CHINA!” sign because they felt that Yacone was feeding into the anti-Asian rhetoric popularized by former President Trump. However, Yacone does not think her sign attacks members of the Asian community in her state.

“I don’t think it does,” she said. “That’s towards the Chinese government.”

Social media users and locals could not have disagreed more. People have called out the restaurant on Facebook for the bigoted sign, which has caused the business to struggle even more. Although the goal of the massive sign was to shift the blame on the restaurant’s struggle onto the Chinese government, locals saw it as a sorry attempt to avoid taking responsibility.

Despite the negative response, Yacone plans to keep up the controversial sign.

“It’s just ridiculous to say that we’re racist,” she claimed.

The ACLU of New Mexico offered a different take on the controversy: “This sign simply replays the Trump administration’s tactic of dodging blame for its failures by playing to racial antagonism toward Asian Americans. We’ve seen how signs like this inspire hate and violence against the Asian community. Instead of contributing to these kinds of divisions in our country, we should be pulling together to defeat the virus.”