Schools Are Changing The “ABC Song,” And Parents Everywhere Are Outraged 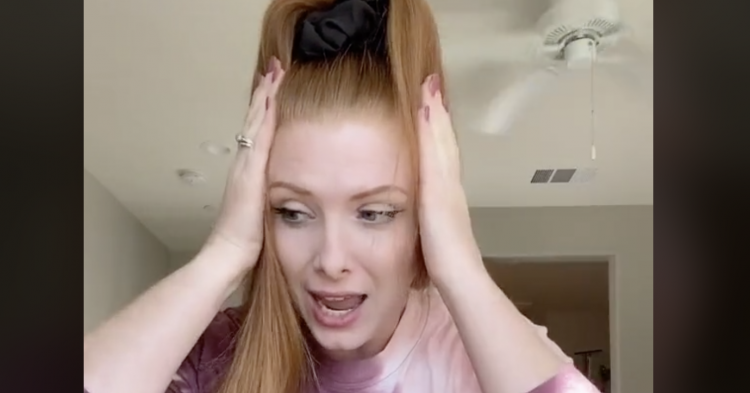 Jess is the dedicated mother of – count ’em – seven children! As a mom, she has a lot of experience. That’s why so many people tune in to watch Jess speak her mind and share tidbits of her life via video on TikTok. The Chinese-created social media platform has been instrumental for people throughout the pandemic in connecting with others while they are stuck at home.

Jess has been able to use the platform for herself and her family to build a following of interested people who hang on her every word – which was why her breaking news announcement that her children’s school was changing the coveted ABC Song had sparked so much controversy.

The TikTok video of Jess singing the new ABC Song has gone viral thousands of times over. Parents shared lots of comments about the change and illuminated the internet with their very strong opinions about whether or not a school should try to rewrite the famous song that teaches millions of children how to recite their A-B-Cs.

Jess initially uploaded the shocking video in October 2020, but the clip has continued to inspire outrage among thousands of parents. So far, the clip has been viewed millions of times and has accumulated more than 75,000 shares and 2.2 million comments.

As Jess sings the news alphabet song, listeners hear the same first half of the tune. From letters A to K, things are just as you remember them from your childhood. However, when Jess starts singing all the letters after K, the tune gets changed up in a dramatic way.

Instead of lumping together the letters “L M N O P,” the new song only lumps together “L M N,” which means that the tune gets shifted to a different rhythm. Jess continues to sing the rest of the letters in a tune that does not resemble the tried-and-true classic. Instead of the common ending that everyone is aware of, this new version of the ABC Song concludes with the lines, “Now I never will forget / how to say my alphabet.”

With over nine million views on TikTok, Jess has been able to reach a massive audience with her outraged reaction to the new ABC Song.

Tens of thousands of people commented on the video. With nearly seventy thousand comments to choose from, we decided to share a selection to give you a taste of what other people on TikTok have to say about the change to the ABC Song.

However, some viewers understood why the change was made. One user explained it very clearly for all to read.

As it stands, the original alphabet song, entitled “The ABC,” was written by music publisher Charles Bradlee in 1835. After 186 years, the song might be ready for an update.

What do you think about this change to the classic ABC Song?