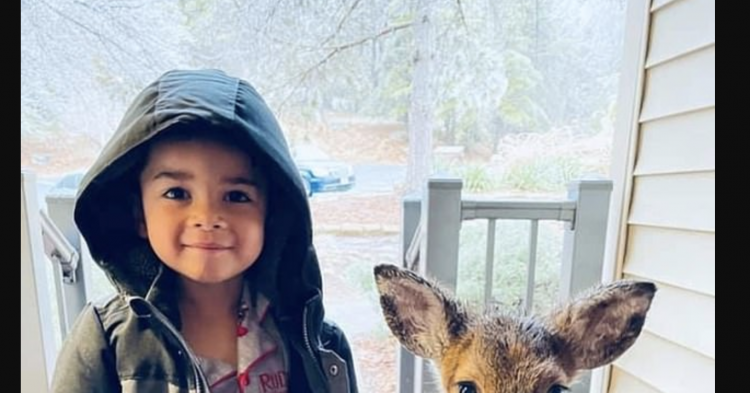 One morning, Stephanie Brown got the surprise of her life when her four-year-old son showed up at the backdoor with an adorable baby deer in tow. The child, Dominic, managed to befriend the fawn while playing in the woods near the resort in Massanutten, Virginia home. The family was taking a vacation to the remote resort when the boy made friends with the deer despite the apparent danger of doing so.

Because Stephanie snapped a quick picture of Dominic and the deer, she shared it to social media, where it quickly went viral. While it was delightful for Stephanie to see that her son had a way with animals, people online were very impressed with how comfortable Dominic made the deer feel despite it being out of its element with the boy. 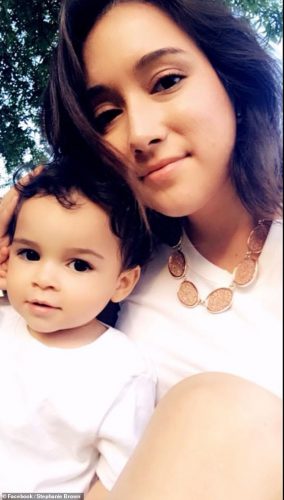 Stephanie shared the details of the day on Facebook. Her family was packing up to leave the resort and go back to their home in Ragged Point Beach in Virginia. Because the family was busy packing, Dominic was able to get a few moments to himself – and he used his time wisely, befriending the fawn.

After Stephanie shared the adorable photo to Facebook, it quickly gathered steam, accumulating more than 16,000 likes in a short period of time. The image was also shared by a staggering 20,000 people who were eager for their friends and followers to gaze upon the two best friends. The photo was particularly remarkable because Dominic and the fawn seemed to be completely at ease with one another despite the species gap between them.

Stephanie told ABC: “I was in shock. I was like, ‘No way. My mind is playing games with me.’ It wasn’t like anything strange for him. It was so weird.” 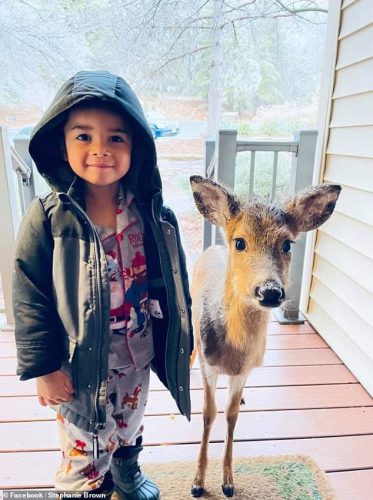 Fortunately, mom was quick on the draw. She took out her phone and snapped photos while the pair were still together. But she didn’t have to worry too much because, as she said herself, “They were in sync” with one another. She described how Dominic and the deer posed together as though they had been friends for years.

Dominic named his fawn friend Flash because that is one of his favorite DC Comics superheroes.

On social media, people liked and shared the image with their friends. Others added their comments to the post, sharing their reactions to the adorable picture of the pair. Here are some of the comments shared.

“They both look like this is an everyday occurrence for them. So precious, both of them,” one person said.

“Your son and his friend are super cute. Great pic,” another added.

“Omg how emotional am I??? I cried to this,” a Facebook user wrote.

“Idk what Dom did, but I wish I had that personality,” one said.

Clearly, this image was powerful as it swept across the internet. People love to see adorable pictures of children and animals. This snap of Dominic and his fawn friend Flash was more than enough for people to get behind and to get excited about.

What do you have to say about it?