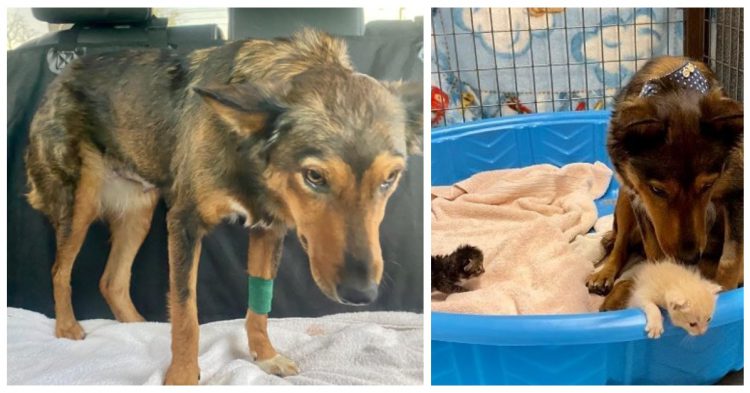 When a mother loses her baby or babies, it is the most heartbreaking thing in the world. Because she brought the little one into the world, she has an attachment to the little one. Whether the mother is a human being, a blue whale, or an Australian shepherd mix (like the mama dog in this story), mothers are mothers, and they care for their babies.

The dog in this story is named Georgia. She was under the care of the wonderful people at the Sunshine Dog Rescue in Phoenix, Arizona. They were showering her with as much care as they could until she suddenly went into labor. Sit was premature, and the puppies were not safe. Although she had experienced the care of the people in Arizona, they were unable to save the little ones. All three puppies passed away, which left Georgia in a state of boundless grief. 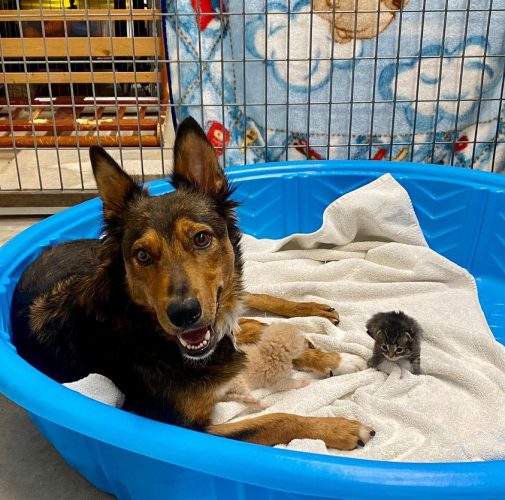 “Going into premature labor gave her babies no chance of living outside of her womb,” the organization wrote in a post on Facebook. “While my heart hurts for the puppies that never got to run and play, my heart is so very sad for Georgia. She is looking for her babies, and it is heartbreaking to watch.”

Because she was in distress, the volunteers tried to soothe her. They gave her a stuffed animal to help her exercise her mother’s instinct. It didn’t help as much as they wanted it to. But that was when they got the brilliant idea to give the grieving mother dog three orphaned kittens at the shelter. 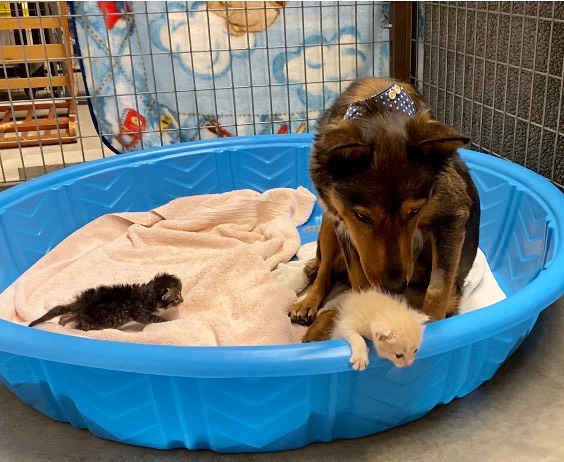 The group has since shared numerous photos of Georgia and her new “babies.” She has been showering the kittens with as much love as if they were her own puppies.

“She LOVES them,” the rescue shared on Facebook. “So far, we have been able to get one to latch and are bottle feeding until the other two figure it out too.”

But Georgia could not escape the pain. Even though she cared for the kittens like her own, one of the three died. The loss was hard on the already-grieving dog, but she continues to give the other two kittens as much love as she can muster. And from all the images of her and the kittens, she has a lot of love to go around. 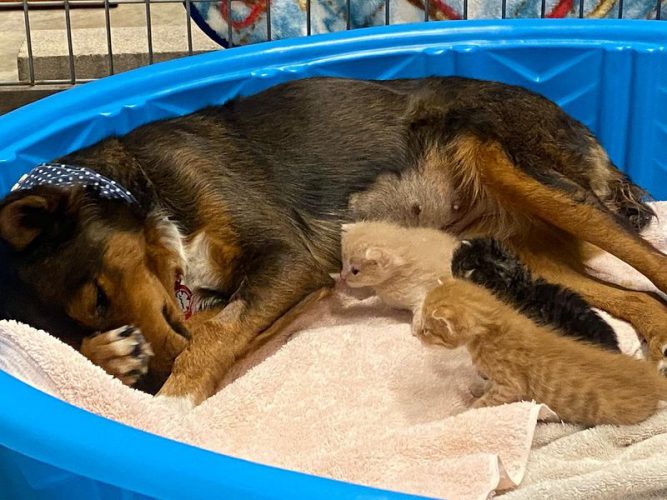 “Georgia is extremely focused on her two seemingly healthy babies and is doing really well. Bless this little family,” the rescue shared.

Georgia and her situation is an evolving situation. That means that she is showering the little kittens with kisses and cuddles as you read this.

“They have all opened their eyes, are gaining weight (now weigh 7-8 ounces each), and seem very content with mama,” read an August 20 update.

“I had seen other species nurse another species before, so I thought ‘worst-case scenario she doesn’t take to them, and I have some kittens I need to tend to myself,’” she added.