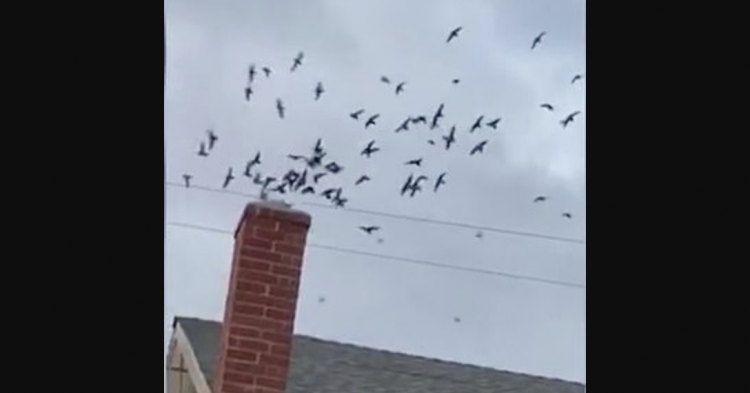 A family in California was inundated with migrating birds when a flock of about 800 birds suddenly flew into the chimney to roost for the night. The family’s home was located in Torrance. Footage from the incident showed that the birds formed a murmuration before shooting down into the chimney by the hundreds. After entering the home by the chimney, the birds appear through the windows, where they line up on the windowsills and other places for them to roost.

The birds are thought to be swifts. However, homeowner Kerri was with her husband and child when they first saw the birds flying above the home. Kerri and her family had gone out for dinner and returned to find their home targeted by the swifts. During an interview with KLTA, Kerri spoke about what it was like to watch the birds claim her home as their next overnight roost during their migration. 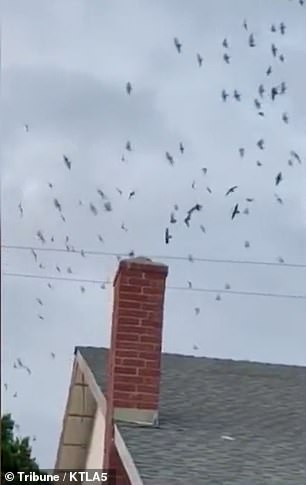 “It’s so hard to explain. If you don’t see it with your own eyes, you’d never believe it. We lost count after 800.”

The home invasion started on April 21 and lasted a few days before the birds moved onto their next location. 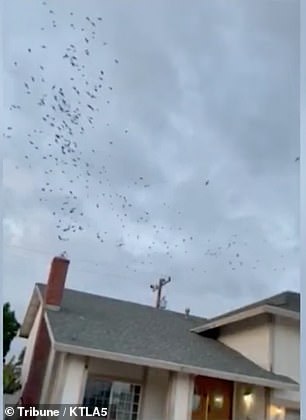 “The second night, I actually woke up to a bird flapping in my room. So basically, just pull the covers over my head and started screaming,” she told KTLA. “You couldn’t walk in any spot in the living room, the kitchen, and the hallway without stepping on bird droppings.” 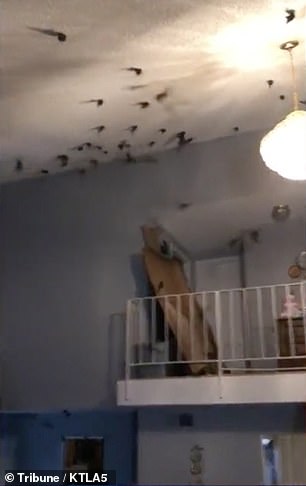 Because Kerri wanted the birds removed from her home, she contacted the Carson sheriff’s department. They put her in touch with a contact person with the county animal control service. They advised Kerri to open all doors and let the birds leave on their own. But the birds took their time before leaving their migratory roost.

“They acted like they wanted to get out, but they wasn’t going nowhere,” said Patrick Belleville, a relative who arrived at the Torrance home to help with the situation. “They were just flying around, just everywhere, every room in the house, every bathroom.”

Belleville wore a hood and a mask to protect himself from the swarm of swifts.

“They were just beaming off my head,” he said.

Eventually, the birds went to sleep. They remained in the home and fell asleep in odd locations like near the ceiling and in the rafters.

Footage of Patrick shows him capturing the birds in a cardboard box and then releasing them outside. 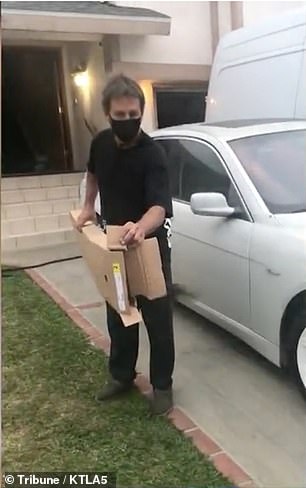 Local bird expert John Honjiyo advises homeowners to block their chimney chutes to protect their homes from an invasion of birds. He has been busying removing birds from homes as lots of people are calling about birds coming into their chimneys.

What do you think about this invasion of birds?