They’ve Been Arguing With Their Neighbor For Months. Today He Crashed Through Their Ceiling 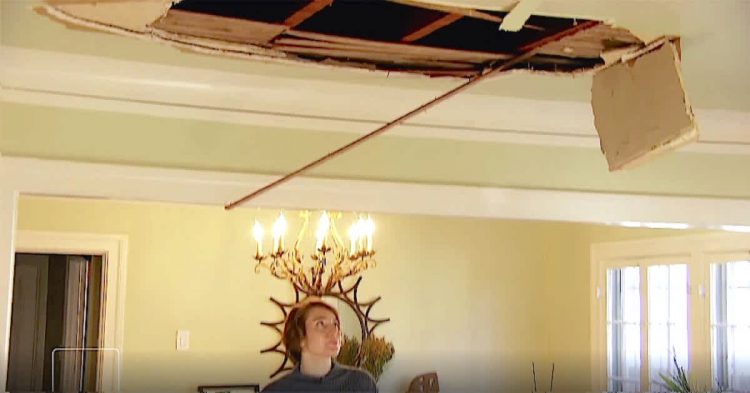 For months, property manager Alexandra Stone was put through the wringer. She claims that for months her tenant and next-door neighbor have been harassing her at their Southern California residence. Not only did the neighbor completely disregard Stone’s authority as a property manager, but the neighbor also took things to an entirely different level that bordered on criminal behavior. The horrible neighbor’s name is Robert eventually began walking out into the street during the early morning hours to scream accusations about Stone and even accuse her of trying to murder him.

Doorbell camera footage captures Robert during one of his outbursts. He can be seen raving and pacing back and forth in front of Stone’s front door. The camera footage was recorded at all hours of the day, including in the middle of the night. Robert is seen hitting walls and breaking Stone’s windows. Robert was even shown trying to break into Stone’s home to enact revenge on her alleged misconduct.

Although Stone took the footage to the police, the cops did nothing. She can do nothing to evict Robert because evictions were put on hold because of the pandemic. Eventually, Stone had enough of this behavior – and it suddenly came to a shocking end. 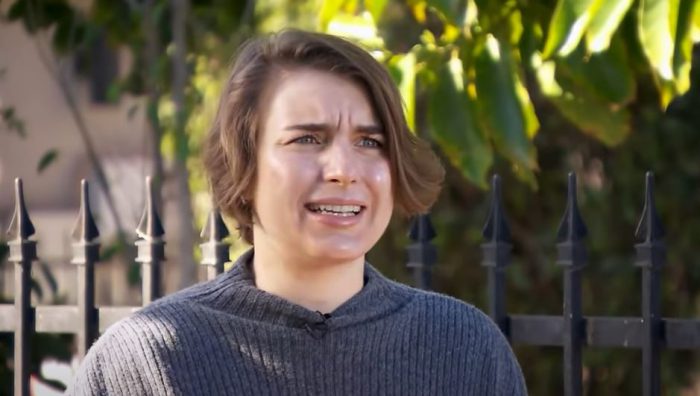 A hole appeared in the ceiling above her that led directly into Robert’s apartment above. Through the hole, Stone could see Robert glaring at her holding a knife and a hammer. 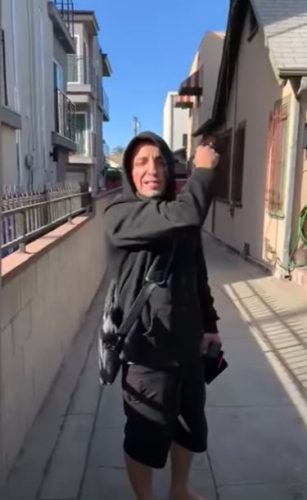 During an interview with Inside Edition, Stone discusses the outrageous things Robert has done to her over the last few months. He broke her kitchen window and even tried to attack her with a meat cleaver. Nevertheless, Southern California authorities did not take Stone’s complaint seriously.

Then Robert, the neighbor, tried to break into Stone’s apartment through the ceiling. The man, who lived next door to her, climbed through the walls to enter her apartment from above.

Stone admitted that the ceiling fell on top of her head. Robert broke into her apartment while she was working at her desk and was trying to mind her own business.

Robert came through the ceiling with a knife, and Stone thought that he was there to kill her. After so many threats, he had finally made it into her home, armed and ready to do what he was going to do. 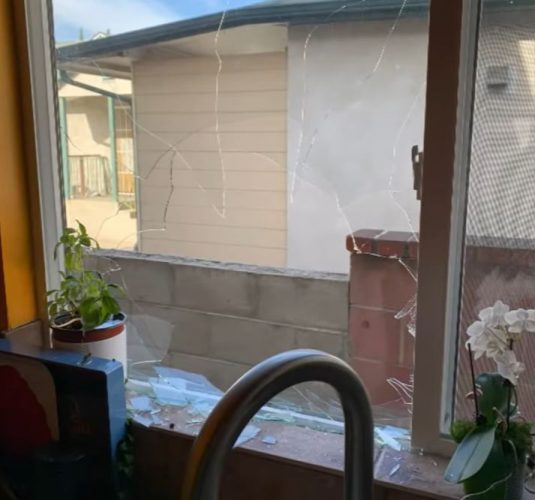 The apartment location where the neighbor from hell lived was in Hollywood, California. Because Stone is not able to evict Robert due to coronavirus restrictions, her life was in danger as the man’s delusions continued to grow worse and worse.

Viewers on YouTube shared thousands of reactions, including the following:

“Get the guy arrested. If he can’t be evicted, then putting him behind bars until he finally can be will do the trick. If I was his neighbor, I’d move out in a heartbeat. Disgusting.”

What’s your reaction to this incident?