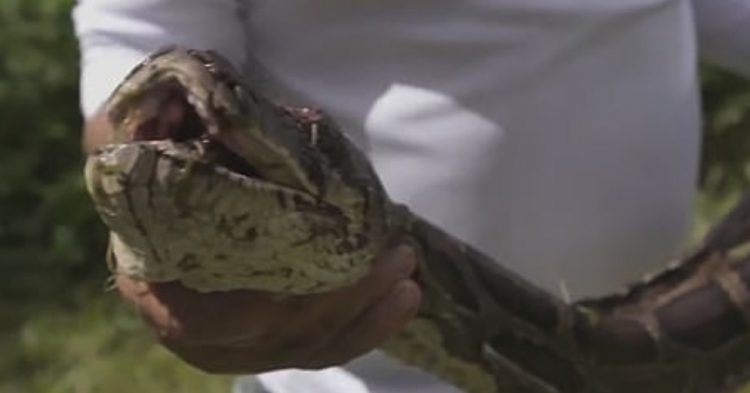 If you saw a snake in the wild, how would you react? Would you remain calm and back away slowly? Or would you scream and run for the hills? If you came upon this sixteen-foot Burmese python that weighed 165-pounds, you better hope that you’d be able to get away from it. This massive snake, which was found under a house in the Florida Everglades along with a nest of fifty eggs, had the power to crush someone in the blink of an eye.

Thankfully, authorities were able to remove the sixteen-foot snake from underneath the Florida home. But it did weigh a lot and was extremely long, which made it difficult to work for the authorities. 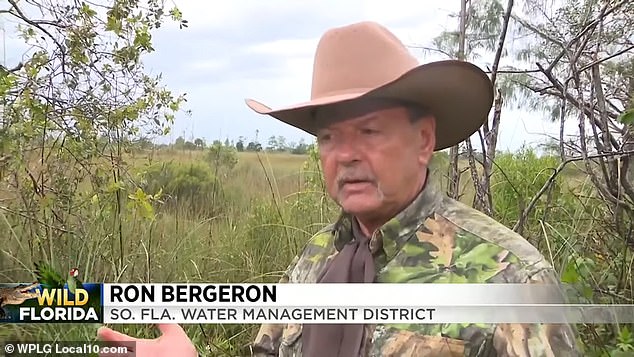 Along with the snake, the conservationists saw the fifty eggs and even watched as some of them hatched while they were there trying to remove the snake from the property. And although Ron Bergeron was an experienced wildlife conservationist, he had to admit that this Burmese python was one of the biggest snakes he had ever encountered.

If you didn’t know, Burmese pythons first invaded the Everglades about two decades ago. Ever since they broke into the swampy area of the Everglades, they have been considered invasive apex predators.

That’s why it was imperative for the conservationists to remove the big snake from underneath the Florida home during the Fourth of July weekend.

Ron Bergeron got the call. The locals know him as Alligator Ron because he’s the one you call if you have a dangerous reptile on your property and need to get it removed. The Burmese python that he managed to remove from underneath the home was not quite a record-breaking snake. However, it was just one foot shorter than the one that held the top spot for the longest on record. 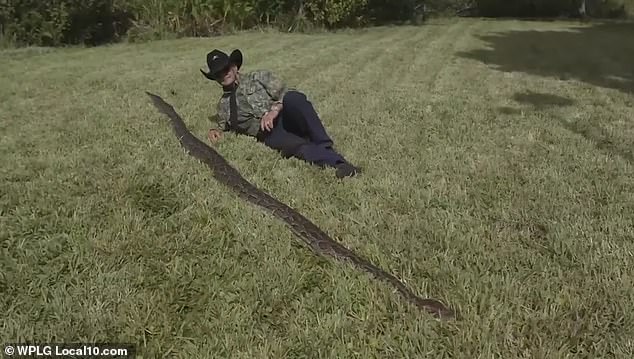 Ron said, “The Burmese Python poses a significant threat to the Florida Everglades by disrupting the natural food chain. With good fortune, we were able to find a large female, and remove her and an entire nest of up to 50 baby snakes which would have continued killing off our precious habitat.”

On Daily Mail, people eagerly shared their comments about the long and heavy python.

“Nice momma and her sweet little babies,” a Texas resident wrote. “Just because they’re not puppies and kittens doesn’t mean they’re not cute.”

“Animals in ecosystems other than their own can cause big problems,” one person wrote. 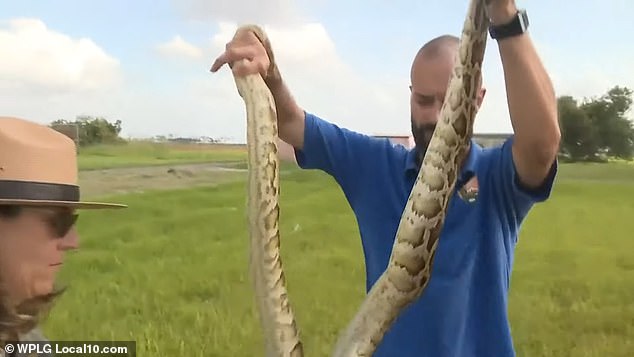 “A lot of invasive species in the United States.”

“Yep, that would be me! I’d be gone and letting her have the property. Haha! Beautiful and impressive creature, though!”

Because Alligator Ron has the Burmese python now, it is in proper hands. It is unclear if it will be euthanized or released into a contained environment where it won’t be able to wreak havoc on the Everglades.