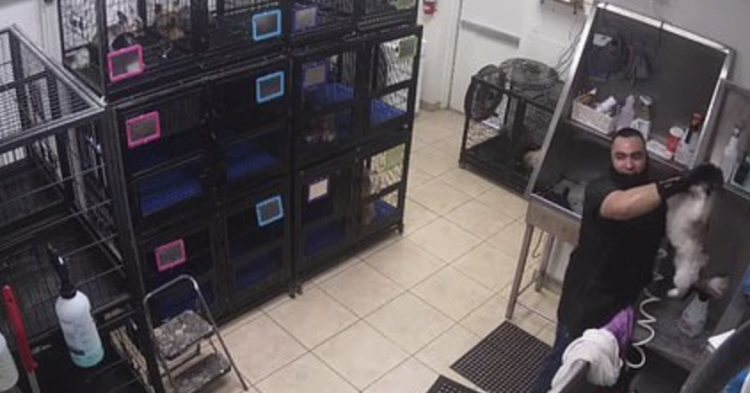 The owner of a Shih Tzu dog claim that a dog groomer in Texas choked the animal until its eye “popped out” of its head. The dog was rushed into emergency surgery to repair the damage to its eye. The dog’s owner, Laly Moreno, claimed that her dog, Mia, lost her eye after visiting the Flash Pet Salon & Hotel in Mission, Texas last month – and now she has come forward with her heinous allegations of abuse by the dog groomer.

Moreno’s niece shared the footage to social media last week that shows the dog’s eye following the surgery. Mia’s eye is swollen and in very poor shape. There was also a clip from the salon’s surveillance cameras that were shared on social media. This clip shows the dog groomer manhandling Mia after the dog attacked. The dog latched onto the employee’s gloved arm, and the man tries to pull Mia off. 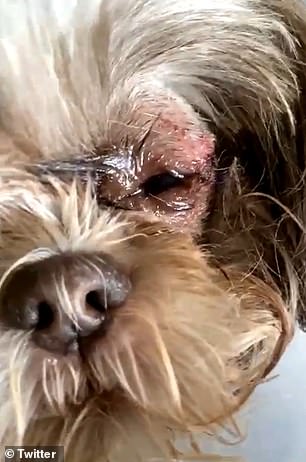 Despite the footage, the Texas dog salon owner denies that animal abuse occurred in this instance. The owner of the shop even shared more surveillance footage to show how Mia was biting and very aggressive toward employees. The staff member was just trying to defend himself from Mia, who was relentless in her attacks and bites.

Nevertheless, the dog was injured after Moreno dropped Mia and her other pooch off for their usual grooming at the Flash Pet Salon & Hotel on March 13, 2021. Not long afterward, Mia was injured, and Moreno said that salon owner Arturo Tapia called her to let her know. 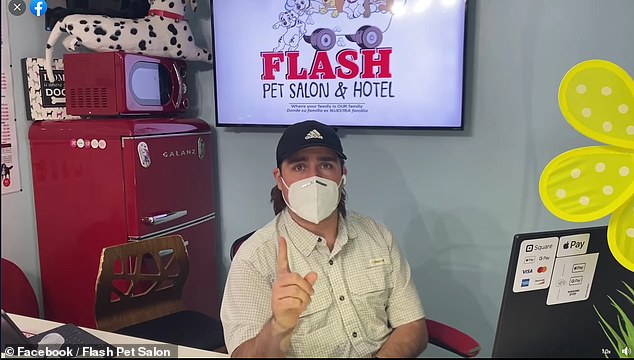 During an interview with Fox 2 Now, Moreno explained that the salon owner complained that Mia was aggressive but did not mention that the dog’s eye had “popped out” of its head.

“He never told me it was something serious. I just thought she (Mia) was not in the mood or whatever,” she said. 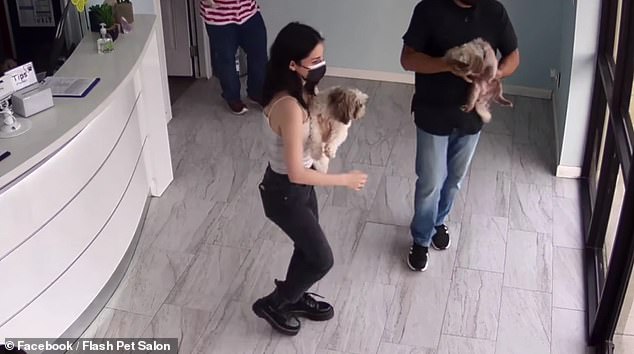 Moreno’s daughters went to the salon to pick up the pooches and were stunned to see Mia injured. Moreno rushed Mia to the vet the following day, who told her that the dog “needs emergency surgery or else she’s going to lose her eye.”

Fortunately, Mia is now recovering from the emergency surgery. Nevertheless, Moreno is stuck with an $800 vet bill for the services. She contacted the salon after the vet visit to see if she could watch the surveillance footage. She was just given five seconds of video by the owner, according to Moreno.

Moreno’s niece took to social media to share a one-second clip and the following message: “If you live in McAllen/mission PLEASE don’t take your pets to flash pet salon in Mission, Texas!!!! They choked her so hard her eye popped out!!!!”

“In no moment did my employee’s hands strangle Mia like it is made out to be on social media,” said salon owner Tapia. “I have a love for animals. All of the animals that are brought to me I treat with love as if they are my own dogs.” 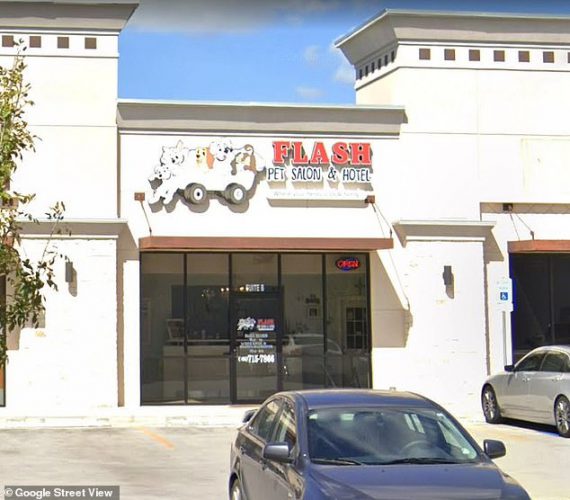 Do you think the pet salon purposely hurt the dog, or was it all a big accident?