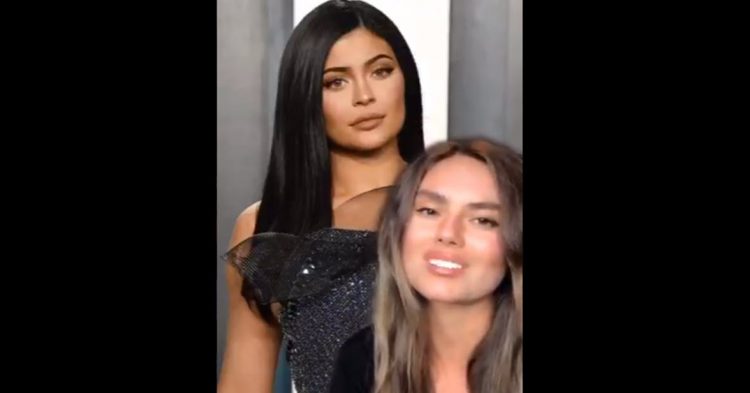 When “billionaire” Kylie Jenner, the sister-in-law of Kanye West, went to a restaurant, she left a tiny tip for the waitress. Although the underpaid employee busted her butt to serve Kylie Jenner everything she wanted and ultimately delivered an array of food and drinks that cost more than $500, Kylie Jenner (like many “rich” celebrities) was so out of touch with reality that she failed to adequately tip the hard-working waitress, leaving a skimpy $20 tip on the table like a used trash wrapper when she should have given the server closer to $100.

Julia Carolann, a restaurant worker in New York City, has turned her TikTok account into a celebrity roasting platform. Because she works at restaurants that are frequented by rich celebrities, she knows their tipping habits. And as you’re about to find out, Kylie Jenner – among other celebrities – simply do not know how to share their wealth with the people in their lives who deserve it. 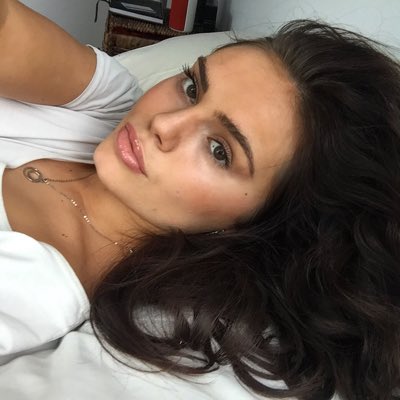 To make her content even more fun, Carolann rates celebrities, and their tipping habits from one to ten. Celebrities who earn a ten or close to it are applauded for their generosity and big hearts and for sharing the wealth. Other celebrities who earn a one or closer to that (Kylie) and Hailey Bieber are exposed for being cheap or not nearly as rich as they attempt to trick the world into believing they are.

Some of the people on this waitress’s “good” list include celebrities like the Hadid sisters Bella and Gigi and Nick Jonas. They are eager to give away their money to people who deserve it. Kylie Jenner (and other cheap celebrities) exposed themselves to being stingy and miserly.

Although Jenner acted “fine” and tried to seem cool to Carolann, she immediately saw through the social media celebrity’s façade. Not only has Kylie Jenner come under scrutiny for allegedly falsifying records to earn the title as the world’s youngest self-made billionaire (yes, that might not be true according to top government agencies), she did not follow through with her image and failed to give Carolann a decent tip on a big bill. 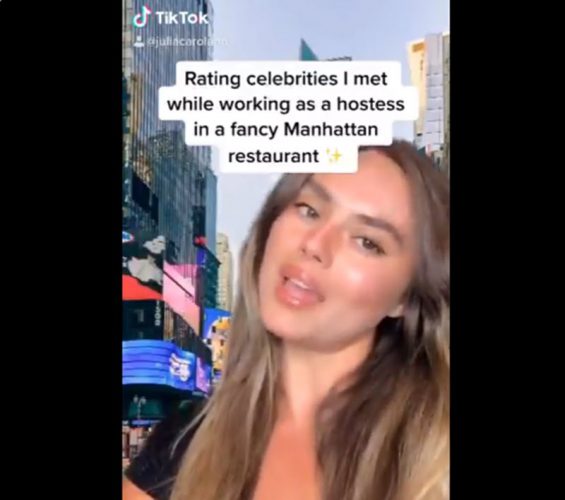 The New York waitress wrote: “Thinking about the time “billionaire” Kylie Jenner & her friends left a $20 tip on a $500 dinner bill at my old job. Rich ppl are so embarrassing I stg.”

Because Jenner’s tip was just about four percent of the total bill, she was nowhere near the recommended twelve to twenty percent. 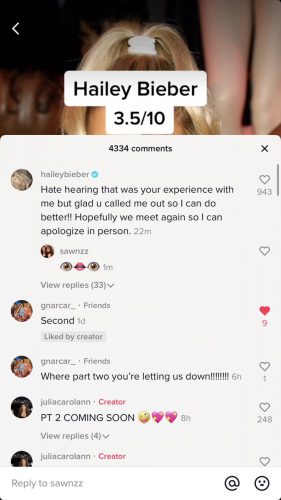 Another person asked, “How do I tip more than Kylie, and I’m poor?”

While Kylie is stingy, Julia Carolann did another video, which she titled “Part 2.” It focused on Kylie’s older sister, supermodel Kendall Jenner. She did much better than her stingy little sister receiving a four instead of Kylie’s embarrassingly low score. However, Kendall was “cold toward the staff” and did not even speak to employees. She hired someone to talk to her!

Are you surprised to hear that these celebrities are so cheap? Do you tip better than Kylie Jenner?